HJ Hospitals, the first of its kind and stature in Central Africa is one of the prominent steps towards healthcare by Mr. Harish Jagtani, an entrepreneur and a well-known socialite of Indian origin residing in Kinshasa, DR Congo since the last two decades.

The HJ Hospitals, well equipped with a state of the art Diagnostic center with facilities of pathological labs, radiology services, Wellness department and 205 bedded multi-specialty hospital is among the first of such centers opened with a view to provide modern health care and diagnostic facilities to not only the people of Kinshasa but also to spread the services across the entire Central Africa. The center, inaugurated on the 2nd April 2016 and currently functioning as a diagnostic set up, at the moment offers an exhaustive test list of more than 2000 tests soon to be increased to 4500 tests to be performed by the Lab alone.

Also, some of the tests already being performed or due to start in a short while in the planned Phase II of the Operations at the center such as the Maternity Markers, Neonatal Markers, HLA, Metal Testing and DNA have been introduced for the first time in Congo and are being looked forward to by the majority of the population

In addition to the same, the center is also equipped with high-end radiology equipment which consists of X-Ray, CT- Scan, MRI, Mammography, Bone Densitometry, and OPG. The radiology department, consisting of senior and well-known radiologists of the city and well trained technical staff has been attending to numerous patients day in and day out.

The Wellness Department, currently providing services such as ECG, TMT, PFT, Prelevement, General and Specialist Consultations, Ophthalmology, Audiometry has been receiving a great patient flow since the start of the Operations and delivers specific and tailored healthcare packages which are being availed by people of all age groups.

How to Book Appointment with HJ Hospitals, Kinshasa?

Where can I find Reviews for HJ Hospitals, Kinshasa?

Find HJ Hospitals Rating and Reviews from past clients here.

Where is HJ Hospital Located? 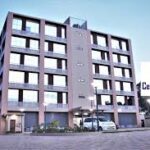 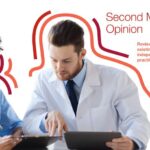